I am a 65-year-old engineer with a master’s degree in engineering science, also known as Edvard Šefer, Edward Schafer, Edward Schaffer and Edward Schaeffer. Knowing physicprinciples and laws helped me a lot during my research same as knowledge of Reiki, Bioenergy, Anatomy and Acupressure.

At this time, I am writing my PhD under the name Philosophy-History-Art explaining Bubishi drawings, six kata break down rules, proper use of six Ji hands, giving proper explanation for six animals style and several kata Bunkai explanation.

I first encountered karate back in the 1970s. At that time, I was a student; a black belt master of Judo (whose name I do not remember) offered karate Shotokan lessons and then opened a karate club in Ljubljana. This was first karate club in the city and I joined it at the very beginning. We were training basic movements, like doing Tsuki in deep horse stance for a whole hour. This gave me a lot of strength and I learned basic movements very well. We learned the first few Heian Kata, too.

I remember showing this Kata to my father who was a national champion in fencing in Yugoslavia before World War Two and was somewhat of a street fighter in his youth. Later, he studied and became stomatologist. He was actually so fast and precise that he was able to cut a fly in midflight with scissors. When he saw the Kata, I was practicing and when I explained him the moves, he told me directly: “This has no sense… you will be beaten by anybody who has a little sense for fight”.

He encouraged me to give up practicing but the wish to learn more stayed with me for a long time. In the beginning 1990s, at a gym I meet Borut Kincl who was at that time a young man with Shotokan first Dan black belt (he now has 6 Dan or more). He was just opening his karate club above the gym and I joined him. 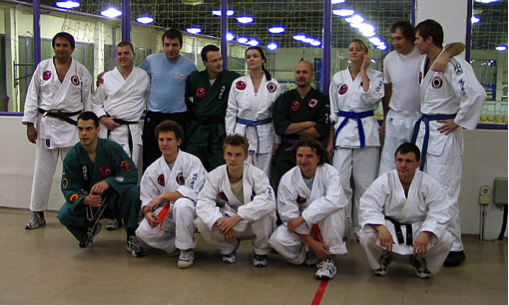 A great break trough in my knowledge happened when we visited several times GM George Dillman at the Mohamed Ali training camp in USA and learned about pressure points. 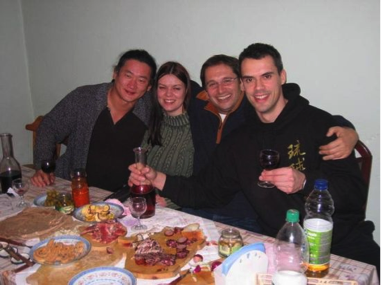 I visited many other seminars and I followed Confucius (551–479 BC) teacher, editor, politician, and philosopher who wrote: 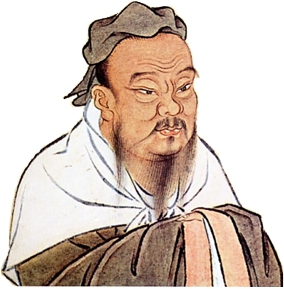 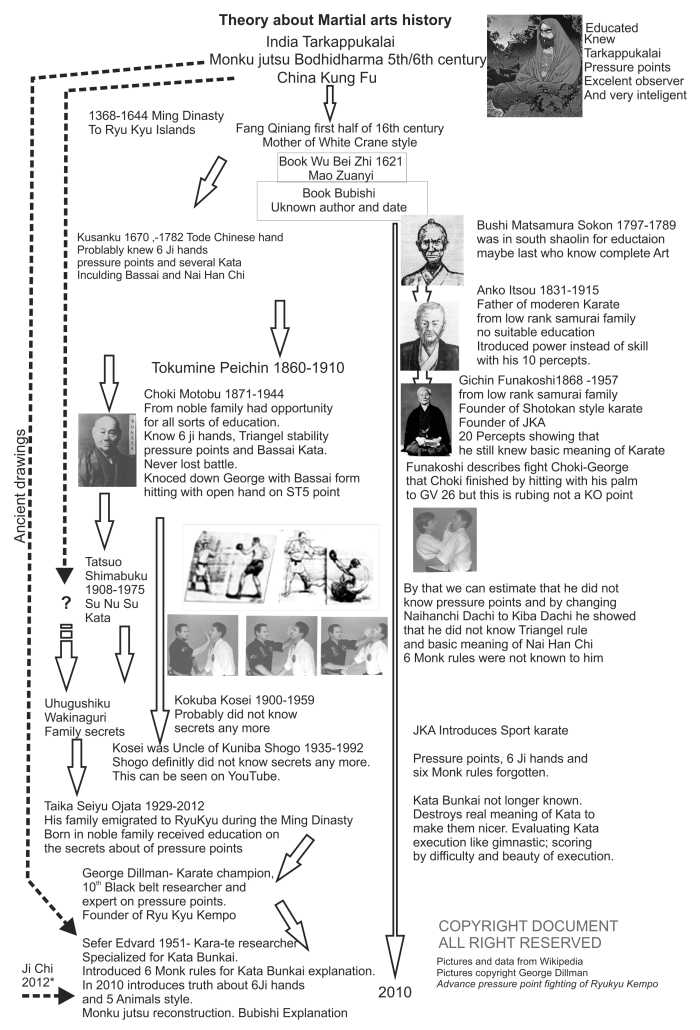 “Bunkai as never seen before in the form before Mr. Anko Itsou teacher of Mr. Gichin Funakoshi introduced Jang white and strong explanations with his ten precepts of karate.”